2nd masterpiece bei one of the best 1 Man Bands in the world… incl. super hit “Helikopternagriff”. Attention Attention this is Bug attack! One-Man-Trashrock-Army on Patrol in the jungle of modern entertainment. Primitiv, loud and ignorant he attacks the ears of his enemies with accoustic anti personnel mines, build in selfmade MacGyver Style from the noise of the last 25 years. Traumatised from the Video Store-Trash of the 80ies he can only mumble crazy lyrics about Rats, TV, Robots and his great fail on his own personel expectations. 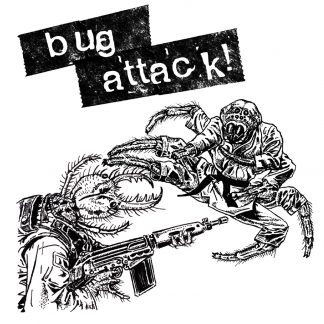