Drums/Guitar/Voice all at once: Olli Attention! Attention!!! This is Bug Attack! The One-Man-TrashRock-Army on patrol in the dschungel of modern entertainment. Primitiv, loud and ignorant he attacks the enemies ears with acoustic landmines put together in a Mc Gyver self construct from the noise of the last 25 years. Traumatized from the video rental stores of the 80s, he can hardly express himself, so he’s babbling his weirdo lyrics about rats, TVs, robots and the terrific collapse of the expectations of himself. Basic Data: – attacks since 2008 – influences: frustration, anger, punk, beer and action movies – shows here and there – 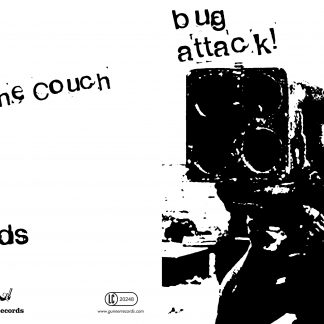